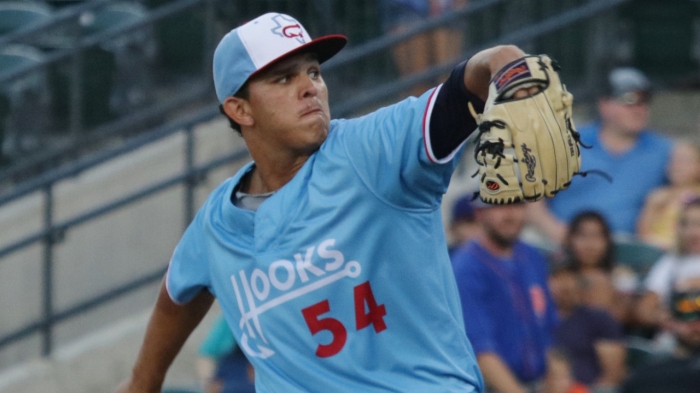 As much as I’d like to knock Al Avila for the return on the J.D. Martinez trade, the Justin Verlander trade and Alex Avila/Justin Wilson trade seem to be working out very well for the Tigers, or at least their farm system.

Before the year started, the team was ranked in the bottom quarter of the league with Matt Manning being the only player to consistently make the numerous preseason Top 100 Prospect lists, including mine.  A lot has changed in six months, as the team went from contender to a dumpster fire and a Quadruple-A team, however there’s hope!  Looking at the latest Top 100 list from MLB Pipeline, which is updated numerous times throughout the season, the Detroit Tigers actually land five players on that list, with Franklin Perez (#41) having the most upside as a 19-year old in Double-A, followed by Manning (#62), 2017 First Round pick Alex Faedo (#67), current Detroit Tiger Jeimer Candelario (#81), and Beau Burrows (#87).

Filling in the Tigers prospect list, is Daz Cameron (Tigers 6th best prospect) and Jake Rodgers (#8) from the JV trade and Isaac Paredes (#10) from the Avila/Wilson trade.

Lastly, Detroit is staring at a top-5 pick in next year’s draft and potentially for the next couple of years, which early success has been seen here with Faedo and Manning to this point.

It won’t make Detroit more exciting this year, or probably the next couple of years, but it is a step in the right direction