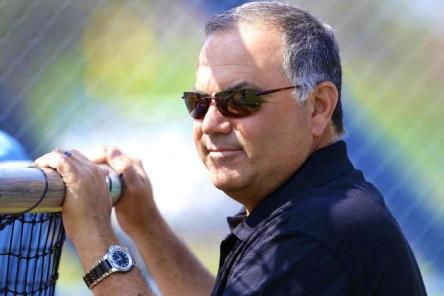 I wasn’t truly a fan of it in the first place, but when Al Avila was named General Manager replacing David Dombrowski on August 4th, 2015, I figured he was worth a shot given who he had learned from.   That said with the most recent dumpster fire that is known as the Tiger’s bullpen, it’s time for the spotlight to start shining on not only K-Rod and Ausmus, but also Avila.  That said, I believe if the Tigers don’t make the playoffs, it’s also time for Al to go in my opinion.

11.18.15 – Traded Javier Betancourt and Manny Pina to the Milwaukee Brewers for Francisco Rodriguez

11.20.15 – Traded Ian Krol and Gabe Speier to the Atlanta Braves for Cameron Maybin

11.30.15 – Signed Jordan Zimmermann to a 5-year, $110 million dollar deal.  Zimmermann was the first player to have Tommy John and receive more than $100MM in free agency

12.6.15 – Signed Jarrod Saltlamacchia to a deal worth $507k after the Miami Marlins released him and paid $7.5MM of his deal

8.16.16 – Traded Kade Scivicque and Mike Aviles to the Atlanta Braves for Erick Aybar

1.18.17 – Traded a player to be named and cash to the Tampa Bay Rays for Mikie Mahtook

With this list, the successful acquisitions look like bringing Maybin in, signing J-Up (although questionable last year and only time will tell), Aybar provided a little spark, and the trade for Justin Wilson.  You could throw Salty in to this mix as well.

That said, less than half of the transactions have worked out and Detroit is sitting on $14MM in dead money between Lowe and Pelfrey, and you could tack on another $4MM depending what the team decides to do with Frankie.  Also, the Zimmermann contract looks terrible and possibly the Upton contract could turn bad.

All-in-all, this is a terrible track record for a team that granted is a bit handcuffed, but it’s time to get creative, but I don’t believe Al is the guy for that…