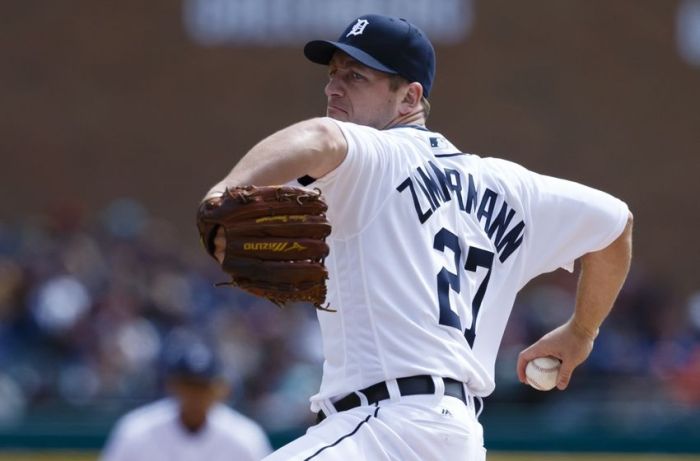 After Jordan Zimmermann’s shaky outing last night, and it is still too early to tell, but I’m starting to get concerned that Zim’s contract may be one of the worst in baseball history.

Entering his second year of a 5-year $110MM contract and making $18MM this year ($24MM in ’18, $25MM in ’19 & ’20), it’s safe to say that the season isn’t getting off to Jordan’s liking after an injury filled 2016 campaign.  After the Tigers offense saved Zimmermann from taking the loss last night (ultimately coughing the game up), he still had his second poor performance in as many outings, giving up 5 earned on 10 hits to the Rays.  This follows up a 4.2 inning outing against Minnesota where he also game up 5 earned on hits and 5 walks.  The start of the season against Boston gave plenty of hope to fans, but remember, that was against a flu-ridden Red Sox lineup.  Through the three starts, Zimmermann has a 5.94 ERA, has given up 18 hits in 16.2 innings, while walking 7, and striking out 10, and has a -0.3 WAR.

This contract isn’t quite Mike Hampton-esk, but it sure could fall in to that Chan-Ho Park/2002 Texas Rangers ballpark.

Now, if there was a defense for this contract, it would be Jordan Zimmermann’s history in Washington, as he had overcome TJ, and had consistently made 32+ starts a season for four consecutive years, in which he was 58-32 with a 3.13 ERA, with a 1.133 WHIP, and a 15.8 WAR and the Tigers needed pitching help it seemed after two down years from Justin Verlander.

Only time will tell on this one, but pressure will continue to mount I believe.

One thought on “Will Jordan Zimmermann’s Contract Be One Of The Worst In History?”