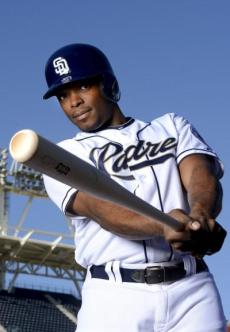 Just when you thought the Tigers were done, they bounce back once again for another impactful January singing.  Welcome to the D, Mr. Upton!!

With a rumor that came out of nowhere and the focus on Yoenis Cespedes, Detroit will sign Justin Upton to a 6-year $132.75 million dollar contract.  The contract will have an opt-out clause reportedly after the 2nd year and includes a partial non-trade clause.  Detroit will undoubtedly be hit with a luxury tax, only determined after the last arbitration case is finished.

Upton, was the #1 draft pick in the 2005 draft by the Arizona Diamondbacks and brother of Melvin (B.J.) Upton.  Justin will be entering his year 28 season with nine seasons under his belt already.  Upton played in 43 games as a 19-year old in 2007 and was a full-time player by 2008.    Not known for his batting average (.271 career),  Upton will give a ton a power (190 career HR) and stabillity in the lineup as he’s played 149 games or more his last five seasons and at least 133 in the last seven.

Justin rates out as an average to just above average outfielder when looking at defensive runs saved, with his best season (tied with 2011) coming last year in San Diego at a +8.

Upton is a 3-time All-Star, has two Silver Sluggers, and was voted for in 3 different years in the MVP race, coming the closest in 2011 when he finished 4th.

Justin player 150 games for San Diego last season, in what is one of the best pitchers parks in the league and still put up 26 homers (15 at home) and 81 RBI for a underachieving team.  Besides power, Upton does offer some speed where he could steal 15-20 bases a season.

This may not be a popular opinion, but I do favor this signing over Cespedes given the 2-year difference in age for similar money.  Upton has seemed to be on the cusp of being a superstar, lets see if Miggy and the boys can help out with that.

Here’s what CBS Sports is reporting as Detroit’s day-to-day lineup.  Not sure I agree…