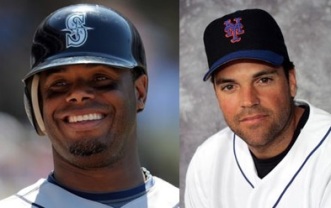 With Ken Griffey Jr. collecting 437 of 440 votes last night and now holding the highest record for % of votes (99.3%), it stirred up a conversation on Facebook about others either snuck in or ranked much higher than expected.

Who Should Have Been 100% Guys In My Opinion?

The JAWS (Jaffe WAR Score system) was developed by sabermetrician Jay Jaffe — first at Baseball Prospectus in 2004 — as a means to measure a player’s Hall of Fame worthiness by comparing him to the players at his position who are already enshrined, using advanced metrics to account for the wide variations in offensive levels that have occurred throughout the game’s history. The stated goal is to improve the Hall of Fame’s standards…(click to read more)