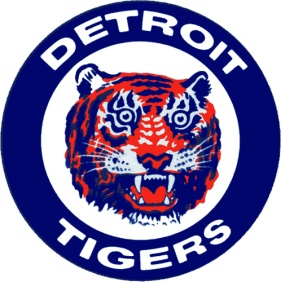 Al Avila has started off the hot stove season with a flurry of moves, firing some of the first shots of free agency and working the trade market.  With the big names being moved during the season, subtractions have been pretty low key, with Alex Avila, Al Albuquerque, Neftali Feliz, being the major players leaving Detroit in the offseason.

We can all agree that the bullpen was the biggest hole to fill, followed by the rotation, and finally leftfield.  We’ve added two starters in Jordan Zimmermann and Mike Pelfrey, added strong backend bullpen arms with Francisco Rodriguez, Mark Lowe, and Justin Wilson.  Detroit even got better defensively with the addition of once top Tiger prospect, Cameron Maybin.  Yet FanGraphs projects Detroit to finish below .500 again at 74-87, so what’s next?

Is The Outfield Set?

The rumor was floated a while back that the Tigers were in on either Alex Gordon or Yoenis Cespedes, but both are projected to be close to or over $100 million dollar players, not to mention Al Avila denied these rumors at the GM meetings earlier this month.  Still, the outfield market has been very slow to develop so one would think that the price tag will drop slightly on these players.  So, could Detroit get add either player?  Doubtful in my mind, unless they move salary from somewhere else as any additional mega-deals would put Detroit soundly in to the luxury tax.

Is the bullpen set?

It’s no mystery that the pen was a complete dumpster fire last season and Avila has done a good job addressing the back end issues, giving up very little to do so.  Yet, the bullpen is more than just a closer and a setup guy or two, so does Detroit have the depth they want?  I doubt it and I do believe that it’s possible that another arm could be added, however it is also very likely that Detroit rolls the dice with Alex Wilson, Blaine Hardy, and any other mixture of Matt Boyd, Buck Farmer, and Kyle Ryan, etc.

How About Bruce Rodon?

In my mind, he’s done in Detroit.  Maybe a change of scenery as a wakeup call or something is needed for Rondon to get his stuff together, but I don’t think it happens in Detroit after the most recent where he started a brawl in the Venezuelan League.

Are There Concerns With The Rotation?

In my mind there is a ton at about every spot.  Check it…

With Injury Prone Starters, Does Detroit Have Enough Depth?

The Tigers have young unproven pitchers in Matt Boyd and top prospect Michael Fulmer who can make spot starts, but it’s doubtful that either can carry the load this year over a long period of time if one of the rotation guys goes down.  Then again, there aren’t many teams outside of the New York Mets that has the depth for this scenario.

What Other Surprises Does Detroit Have Up Their Sleeves?

It might not be this year, but  don’t invest in any Nick Castellanos jersey’s as he definitely needs to show more improvement in 2016, or the Tigers may be forced to move on.

By the way, with this current roster, I’d predict this team to be 78-84 as the injuries will hurt the staff and there won’t be enough offense to make up for it.

One thought on “Questions Remain For Tigers Heading In To 2016”