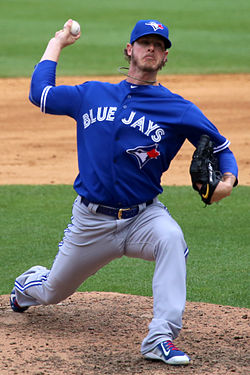 In what seems the busiest December in free agency that I can remember, continues to move at a fast pace with the Tigers singing backup catcher Jarrod Saltlamacchia on Sunday and agreeing to terms with reliever and new setup man Mark Lowe.

Additionally, the rumor mill has the Tigers back in the hunt for either Yoenis Cespedes or Alex Gordon for left field and a trade candidate with Oakland for disappointing infielder Brett Lawrie.

Salty is entering his age 31 season and his 10th year in the Major’s.  Jarrod was considered a top 100 prospect early in his career but never got the change with Atlanta really and was traded to Texas as part of the Mark Teixeira trade in 2007.  Salty can start if needed but his bat has fallen off in recent years.  He split time between Miami and Arizona in 2015, where he hit .225 in 79 games, with 9 homers, and 15 doubles in 227 plate appearances; he also struck put 69 times.