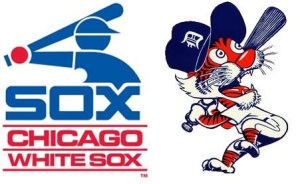 The Tigers are in the final stretch of a 10 game road trip where they have gone 4-3 and had to fight tooth and nail to get there against the Kansas City and Minnesota.  The teams 9-4 road record is one of the best is 3rd best in the American League, although their +10 run differential more middle of the pack.  The team’s offense has had moments of brilliance and…well, other moments ranking 10th in runs scored (117), 2nd in team batting average (.278), 2nd in On Base Percentage (.345), and 7th in slugging percentage (.426).  The pitching seems to have stabilize a bit, ranking 15th in team ERA at 3.95, 4th in quality starts at 16, 10th in WHIP (1.21), and 16th in average against at .249.

The Tiger starters are coming off some rough outings and runs at times were hard to come by, that said, the Sox have their 3 best starters going, however the offense is misfiring currently.  The series should be interesting as it will be stories of what team can get back on track most.

My key player of the series: Nick Castellanos

Who Not to Watch White Sox (Last 7 Days)

Leave a Reply to Minoring In Baseball Cancel reply

Scribblings on Oakland A's baseball with a rock n' roll spirit and an eternal love for Milton Bradley. (John Fisher SELL THE TEAM!)