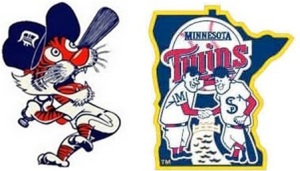 The Twins are playing some decent baseball since we last saw them in the opening series of the season, winning six of their last ten, including a series win over the Seattle Mariners.  Minnesota is much better at home where they are 4-2, although they are still fighting back from two series against KC and one against the Tigers and have accumulated a -21 run differential.  The team’s offense remains a weakness, scoring just 60 runs (27h in the Majors), a .226 team batting average (25th), .290 On Base Percentage (25th), and .318 slugging percentage (30th).   Pitching is slightly better with a 4.33 team ERA (24th), 7 quality starts (23rd), a 1.33 WHIP (19th), and a .260 batting average against (22nd).

The Tigers rebounded nicely off of that Friday night beat down by taking the next two from the Indians and taking back over first place by a half game.  Detroit’s 5-1 road record will be tested now with 10 straight on the road and only playing .500 baseball in their last 10.  With the blowouts, the Tigers run differential shrunk back down to +14, however the team hopefully will get its groove back in playing the Twins.  Runs are getting a little tougher to come by with the team slipping to 7th with 90, however the other numbers remain strong with the Tigers ranking 2nd in team batting average at .287, 1st in On Base Percentage (.356), and 6th in slugging percentage (.431).  The pitching has been hard hit of late and are slipping in the ranks to just above league average in team ERA at 3.71 (13th), WHIP 1.19 (11th), and performing above league average in quality starts with 12 (4th), and batting average against at .237 (9th).  The team will need to get this offense jumpstarted before heading off to KC after this series and then headed to Chicago to take on the White Sox before heading home.

My key player of the series: Miguel Cabrera

Who to Watch Minnesota (Last 7 Days)

Who Not to Watch Minnesota (Last 7 Days)

Series Prediction: Tigers 3-0, but the offense concerns me