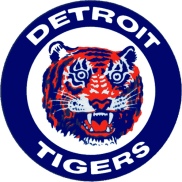 As I try to do every season, we’ll take a look at the changes, strengths, and weaknesses heading in to the 2015 campaign.

Catcher
Alex Avila – Avila goes in to the season as the starting catcher once again, however with lower back issues and numerous concussions suffered, you have to wonder how long that may last. Alex is working on a new modified setup behind the plate to try to avoid contact from bats and deflect foul balls as he is also moving to a hockey style catcher’s mask in hopes of lessoning the blow of a ball. Regardless of his injuries, his offensive capability seems to be on the decline as his batting average was the lowest in his career (.218) and strike out totals skyrocketed to 151 this past season or 1 every 3 times at the plate. Regardless of hard stats, Avila did have a positive WAR of 2.0, showing respect for his defensive capability as he threw out runners 34% of the time compared to the league average of 27%.

Battle For Backup – One of the camp position battles to watch this spring is who will back up Alex, as history tells us he will be hurt at some point. The camp battle is between Bryan Holaday and youngster James McCann. The team is desperate to give McCann a look as they hope he’s the catcher of the future; however Holaday is besting him at the plate this spring currently, hitting .400 while McCann is hitting .250. It’ll be interesting if the offensive numbers are pretty even this spring if McCann gets the nod.

Defensively the team will be fine at catcher and at the end of the day, that’s all you can hope for, however wouldn’t it be nice if our catchers could hit at least .250?

Miguel Cabrera – One of the game’s best hitters anchors first and with continued good news on Cabrera’s recovery it seems like he’s headed for an Opening Day start. My hopes for Miggy as he enters what is known as the last of his prime-years (age 32), is that the power returns and the strikeouts drop slightly. He’s one of the all-time greats; I’m not going to worry here…

By the way, keep an eye on Jordan Lennerton. He’ll be 29 this season and is getting a bunch of reps at first while Miggy is out. He’s hitting .455 early on this spring.

Second Base
Ian Kinsler – I think we all got a taste of why Rangers fans soured on Kinsler. The ups and downs of his season can be maddening, from hitting everything in sight to not being able to hit water if he fell out of a boat. Either way, I was impressed with Kinsler’s defense as he saved 20 runs above average (Rdrs), the second best of his career. When he’s on you can understand why he was hitting over .300 the first half of the year and when he’s off, well the .239 average makes sense too. The odd thing is, it’s not strikeouts doing him in as those remain consistent even though he takes some wild hacks at times. One way or another, I think we saw exactly what to expect from Ian last year and good defense along with some pop, clutch hits, a little speed, and some slumps are bound to happen. Now about the .083 average in the postseason…

Third Base
Nick Castellanos – I think it’s interesting that so many people were disappointed in Castellanos season last year. I’m not sure if it’s because we had been hearing about him for a few years, or what, but for a 22-year old, I’ll take .259 with 46 extra base hits on the year. Now his defense was sketchy without a doubt, rating at a -30 (Rdrs), but again, he was moved to left field prior and will continue to get better here. From an offensive standpoint, Castellanos is one of my breakout guys this year. I don’t expect anything crazy like a .300 average and 25 homers, but progress is expected and he’s shown us in his time in the Minors that he learns and adjusts to get better. I’ll take a stab at numbers with a .270 average, 18 homers, 30 doubles, and 120k’s.

Shortstop
Jose Iglesias – As we hold our collective breath after Iglesias took a BP line drive to the shin all we hope for is that he’s fully recovered from his fractured shins a season ago that kept him completely out of 2014. Iglesias is a masterful defensive player who you hope can hit .250 on a season and keep you in games with his glove. His average was overinflated in 2013 with a career minor league average of .267 more on par with what to expect. Hell, he could hit like Adam Everett and I’d be ok as long as he’s healthy and can flash the leather

Synopsis
There hasn’t been a ton of change amongst the infielders, other than Iglesias returning and Castellanos adding a year of experience. Offensively, with a healthy Miggy and wit Nick C’s continued growth, I expect slightly more power, a few more steals (Iglesias) and pray for a similar season out of Ian Kinsler.

Defensively, the team will be better without a doubt as Jose Iglesias returns (hopefully) and Nick Castellanos develops more experience.

My question marks are based on health of Jose Iglesias (how bad is the shin/can he play a full season?), can Avila catch 120+ games, and what effect if any did surgery have on Miggy?

All-in-All, the infield is a strength both offensively and defensively (for once)

One thought on “A Spring Look at Your Detroit Tigers Infield”

A baseball publication that embraces the awkwardness of life and the 8-1 putout...Stay in Oakland! (cococrispafro@gmail.com)